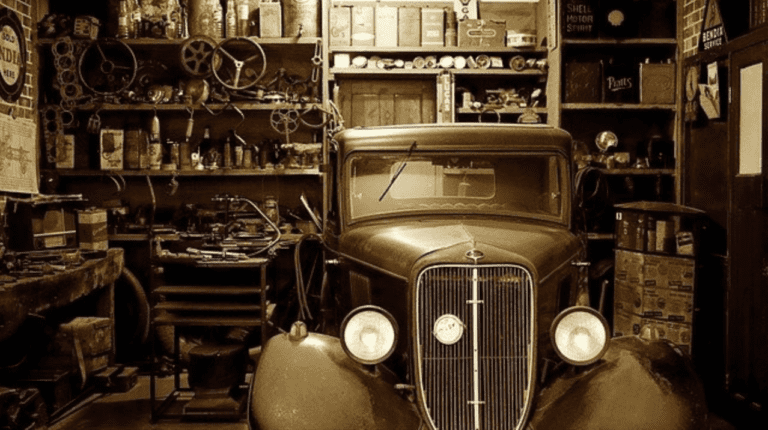 Garages were intended for people to put their cars in. No kidding! This way, they wouldn’t have to deal with the rain or snow and can sleep well at night knowing their car is safely tucked away.

Ever since we moved to Delaware, I noticed that very few people use their garage for the originally intended purpose. In fact, we seem to be the exception. Practically every neighbor in our community park their cars in the driveway, even in winter when they have to deice the windshields and drive away with their cars covered in snow.

So, why do people park in the street when they have garages?

They’re Using it for Storage

It’s quite easy to become a hoarder, especially if you live with a lot of people. Life happens
and things tend to pile up in the one place where they can all fit — your garage. For this
reason, many people may not be able to park in their garages and have no choice but to park
out on the street.

Other people would simply prefer not to pay for a storage unit and would rather leave their
cars outside and use their garages to store their belongings. Not only are they saving money
on a storage unit, but they don’t have to travel back and forth to get things out of their
storage units.

People with large families have grown accustomed to using their garages as a storage space because it’s the easiest and most convenient place to put everything. Perhaps they’ve run
out of space in their attics or basements and need to use their garages. Whatever the reason
may be for doing so, some people simply can’t help but use their garages for storage as
opposed to parking their cars in them.

But it is hard to believe that this is the main reason for people not to park their cars in their garages in our community. Everyone here has a huge basement where they can put a lot of stuff. I know this because we have many things, and we still have a lot of room in the basement for more stuff.

So, there must be other reasons for people not to park in their garages.

They’ve Converted it Into Another Room

Another common reason why some people may not park their cars in their garage is because
they simply can’t. People looking to expand their homes may take advantage of the space
offered to them by their garages and turn it into a complete bedroom.

This is much cheaper than adding an entirely new room to the home and can easily be done
on your own. In fact, a garage can also serve as a home gym, an office, a man cave, an entertainment center, and much more.

You might not be aware, but perhaps your neighbor has more cars than they know what to do with. If their garage is a one- or two-car garage but they have more than one or two cars, they may have no choice but to park some of them on the street. Expanding the garage is simply too expensive for some and parking in the driveway or the street is just much easier.

Many times, people will house cars that they don’t use as much in their garages and leave their daily drivers outside. Those who own vintage cars, for example, may not want to leave them out in the open and prefer to leave them in the garage as opposed to taking them out.

You can always find storage for your vintage or classic car but it would be another expense and you don’t get to see it every day. And the car may not be worth a lot of money to justify storage expense, but it is a classic car to you and it’s worth using your garage to keep it safe and shine.

Driveway and Street Parking Is Easier

Although garages may be convenient at times, it can sometimes be a hassle trying to get in
and out of them, particularly when you’re in a hurry. Say, for example, that you’re running
late to work and all of a sudden your garage’s remote batteries decide to die out.

Another situation could be that your garage door gets stuck on something and you can’t get
out of your garage. Garage doors also tend to be incredibly noisy, which isn’t ideal if you’re
trying to leave for work quietly while everyone else is still asleep.

In situations such as these, it’s just easier to park on the street because you don’t have to
worry about opening up a garage door, backing out, and then waiting until the garage door
closes completely before you can leave the driveway.

They Don’t Want Their Cars Blocked in

In a home where there’s more than one driver, chances are that there will always be a car
blocking another. Those who park in the garage won’t be able to get out when there’s
someone parked in the driveway right behind them. It’s a hassle to go and track that person
down to move their car or have to move both cars yourself if they aren’t available.

This is especially important if you are late for work and you have to spend an extra 30 minutes in car logistics when you still haven’t had your morning coffee.

The Garage Is Riddled with Pests

Unfortunately, a garage is the perfect place for rodents and insects to create homes. This in
turn means that every time you turn on the light in your garage or go to get into your car,
you may see some scurrying going on within the shadows.

Not only are pests not fun to deal with, but they can also cause damage to your car if it’s left
in the garage. Rodents, for example, may bite through tires or weasel their way into your
engine. By the time you find out, it’s too late.

There’s also nothing worse than going to get into your car only to find an unwelcome guest
or two lurking about. Until the pest situation gets solved, some people may prefer to just
simply leave their cars out on the street as opposed to parking it in the garage.

The Garage Is Too Small

Oftentimes, older homes may have been built with smaller garages than we’re used to
today. Because of this, many people may not be able to park their cars inside. This is
especially true if they’re using some of it for storage purposes. Rather than try and squeeze
their cars into a tight space, driveway or street parking just seems to be the most logical idea.

This was our case when we lived in Pasadena, California. The house was beautiful but old, and the two-car garage could not fit our two cars. So, we had no choice but living one of them park in the driveway.

They Want to Show Off Their Cars

Believe it or not, some people are desperate enough to show off their brand-new flashy cars
that they would rather park in the street than in their own garage. Chances are that you’ll
find these same people polishing and washing their cars over and over again in an attempt
to get any bit of attention.