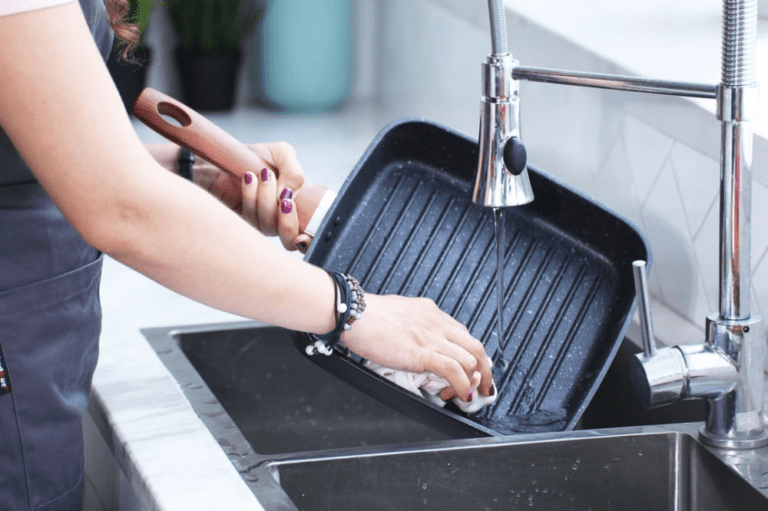 Garbage disposals are fairly popular where people are allowed to have them. They are installed in your sink, and they will break up food into small pieces so that it can go down the drain. It simplifies the process of getting rid of food waste from homes, but it is banned in certain areas.

Some cities in both Canada and the United States have banned the use of garbage disposals, but they are allowed in other places. However, they are not as common in many Canadian towns. The solids that make their way into the sewer system can clog it up and create a burden for the sewage treatment plants. The food chunks can also clog pipes, especially in large buildings.

Are Garbage Disposals Banned in Canada?

In Canada, they call a garbage disposal a garburator. People who have them use them to chop up food waste so that it can go down the drain. It is a simple method for getting rid of food waste, and some people believe that it helps reduce pests in the house, such as insects and rodents.

However, some cities have banned the use of this kitchen appliance because it puts a strain on the city sewage system. The sewage system has screens to separate solids from liquids, and solids are usually taken to a landfill, while liquids are treated as wastewater.

As a result, some cities have banned garbage disposals in the United States, Canada, and Europe. In Canada, a number of municipalities in Ontario have banned them, including Toronto, Ottawa, Markham, Vaughan, and Guelph. Other communities haven’t banned them, but they discourage them, including Vancouver, Nanaimo, St Albert, St. Catherine’s, and Edmonton. Calgary doesn’t ban garbage disposals, but they discourage them. Vancouver estimates that clogged sewers from garbage disposals cost around $2 million a year. The town of Cochrane banned them in homes that are newly constructed.

Reasons Not to Use Garbage Disposals

One of the primary problems with garbage disposals is that they can clog sewer systems. This can cost a town millions of dollars in repairs. The problem is that the food is chopped so that it is small enough to get down the drain, but it can still get stuck.

Some food waste isn’t meant to go in the garbage disposal, and people don’t always know what they are. Foods that are fibrous and stringy, such as celery, banana peels, corn husks, coconut shells, and asparagus can wrap around the blade of the disposal or other parts in the sewage system, and they are difficult to remove. Meat products, such as skin and bones, can get stuck in its journey through the waste system, and they can also dull the blade.

There are additional products that should never go in the garbage disposal. This is particularly important if your house has its own septic system, as we do.

Using a garbage disposal also requires a lot of water. When you run the water in your sink, it normally runs at a rate of two gallons per minute. Running the water while you grind your food in the disposal uses a lot of water that you won’t use if you recycle it or throw it away. A great alternative is composting, which can be done with many different food waste products.

Another reason that some communities ban garbage disposals is that they create extra waste in sewage systems. Food waste is difficult to process and requires the use of more chemicals.

The Benefit of Using a Garbage Disposal

The main benefit of using a garbage disposal is the convenience. It eliminates food waste, and won’t sit in the trash for wild animals or insects to eat. Food waste can produce foul odors, and when you eliminate food, you won’t have this problem. People use them because they are affordable and convenient.

Some places in Canada have banned garbage disposals. These appliances can place a burden on the sewage system by causing damage and clogs. Some of the solids that are screened out end up in landfills, while the liquid form of food waste is directed to the sewage waste system for treatment. Although garbage disposals are convenient, they can lead to damage. People are encouraged to start composting food waste as a more environmentally friendly method of getting rid of it.