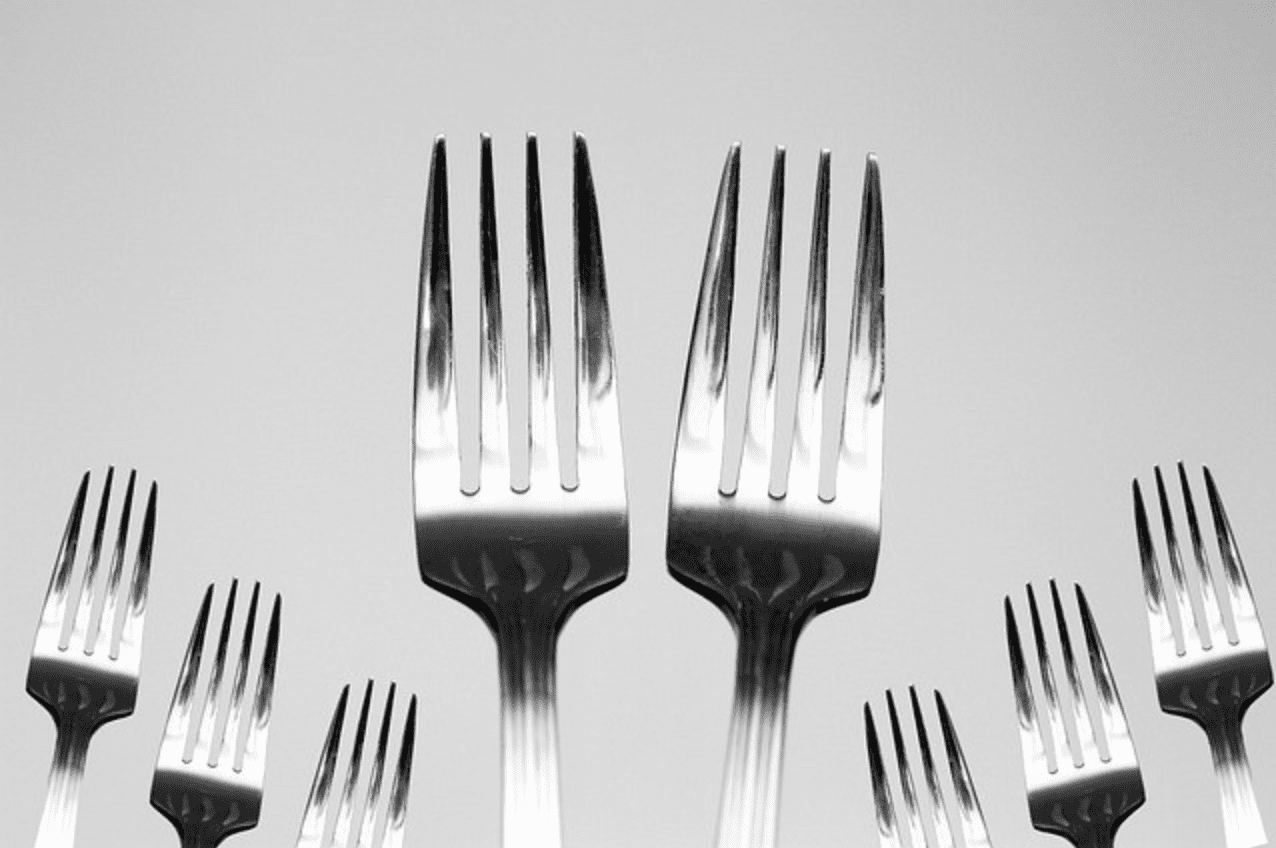 Metal forks are a common utensil in every household around the world. I recently heard that metal forks are banned in Canada. Is there a truth to this claim?

Metal forks are not banned in Canada. This rumor started with a hoax that spread on TikTok. Canadians use metal forks as much as anyone at home and in restaurants. Metal forks are readily available in any Canadian houseware store.

We already know that some cities in Canada have banned the use of garbage disposals. But metal forks, really? This article will discuss what you need to know about the reported ban on metal forks in Canada and how it relates to the ban on single-use plastics in the country.

I couldn’t find a Canadian law that prohibits the use of metal forks. If you know of such a law, please submit a comment below.

If anything, Canada encourages metal fork usage. As of 2022, all single-use plastics, including plastic forks, ring carriers, and grocery bags are banned in the country. Therefore, many Canadian restaurants have no option but to offer metal forks. The viral TikTok hoax about the Canadian ban on metal forks is a parody of the ban on single-use plastics.

This is the Tiktok video that went viral:

Which Metal Items Are Banned in Canada?

Even though there is no fork ban, there is a Canadian ban on certain types of knives. Switchblades, butterfly knives, and folding knives are prohibited in Canada. Most Canadian provinces outlaw carrying a knife in public places. Of course, this knife ban applies to Canadians and foreigners, so leave any switchblades behind when you go to Canada.

It’s important to note that some of these knives may also be illegal in some areas of the United States, so it is not exclusively a Canadian ban.

Can You Buy Metal Forks in Canadian Stores?

Some Canadians on TikTok have continued to spread this hoax with sarcastic parody videos. Their videos are tongue-in-cheek and not meant to be taken seriously. Other Canadians joke about “buying metal forks from a shady guy in a back alley” and similar.

If a Canadian tells you that metal forks are banned in Canada, they’re joking or poking fun at you for believing it.

What Are Single-Use Plastics?

Single-use refers to any item that is intended to be thrown in the garbage after one use. This definition is based on the manufacturer’s intent, not the consumer’s actual usage. Washing and reusing plastic cutlery or using grocery bags as garbage bags won’t exempt these items from the definition of single-use.

Around 50% of the world’s plastic production is single-use plastics. As a result, an estimated 10 million tons of intentionally disposable plastic is floating in the ocean. Canada is reacting to this by eliminating its part of that 50%. Canada’s ban was announced in 2020 and enacted in December 2022. This two-year window was intended to give businesses time to switch.

Why Did Canada Ban Single-Use Plastics?

Canada’s goal is to eliminate its plastic waste by the year 2030. The single-use plastic ban is part of the Canadian government’s plan to reduce the country’s carbon footprint significantly.

Reusable and recyclable plastic products are still available in Canada. Plastic drink containers, water bottles, and Tupperware are easy to find. The intentionally reusable nature of these products is the reason they aren’t subject to the ban.

Why Plastic Straws Are Still Acceptable in Canada

The decision to ban single-use plastics became controversial, but not because of concern among business owners. The ban on plastic straws was met with immense public concern. In response, Canada amended their plastic ban to say that plastic straws are acceptable. Some Canadian restaurants are still switching to paper straws, but manufacturing or selling plastic straws is no longer illegal.

There’s a good reason not to ban plastic straws, as many people, including the disabled, need to use plastic straws. Some people with mobility issues can’t lift a cup to drink without a straw. Reusable straws can’t be the only option because many people with limited mobility can’t properly clean them. Also, certain medicines require a single-use straw for administration.

Canada changed its regulations to say that Canadians can buy single-use plastic straws individually. However, they’re still banned for mass usage in fast food restaurants and with juice boxes. People who need them need to buy a package of plastic straws and carry them. There is still controversy over this decision as some people claim that it forces people to pay extra for something they need.

The ban on single-use plastic is a fairly new law. For that reason, Canada is gradually reducing the use of plastic utensils, including plastic forks. Single-use plastics are still in many Canadian stores and households because these items are leftovers.

Many Canadians have drastically decreased their plastic usage after the government announced the ban. However, this trend had emerged before it came to law. In 2021, Statistics Canada discovered that 96% of Canadians were using a reusable grocery bag before the ban’s announcement. It can be speculated that the Canadian government was simply responding to what the public was already doing.

Many tourists carry plastic utensils, plates, and cups on their road trips. If you’re planning a road trip to Canada, you might be wondering if you’ll be forced to throw out your plastic cutlery. The single-use plastic ban only applies to businesses. You should not face any legal repercussions if you carry plastic items for personal use.

However, any sale involving single-use plastic items in Canada will be against the law 2023 and forward. So, if you plan to bring plastic forks on your trip to Canada, they need to be for your use only.

Although there is a Canadian plastic fork ban, the Canadian metal fork ban is completely fictitious. The plastic ban is relatively recent, so many Canadians still use plastic cutlery. Currently, you won’t be fined or punished for using plastic cutlery. The ban mainly applies to corporations, businesses, and manufacturers.