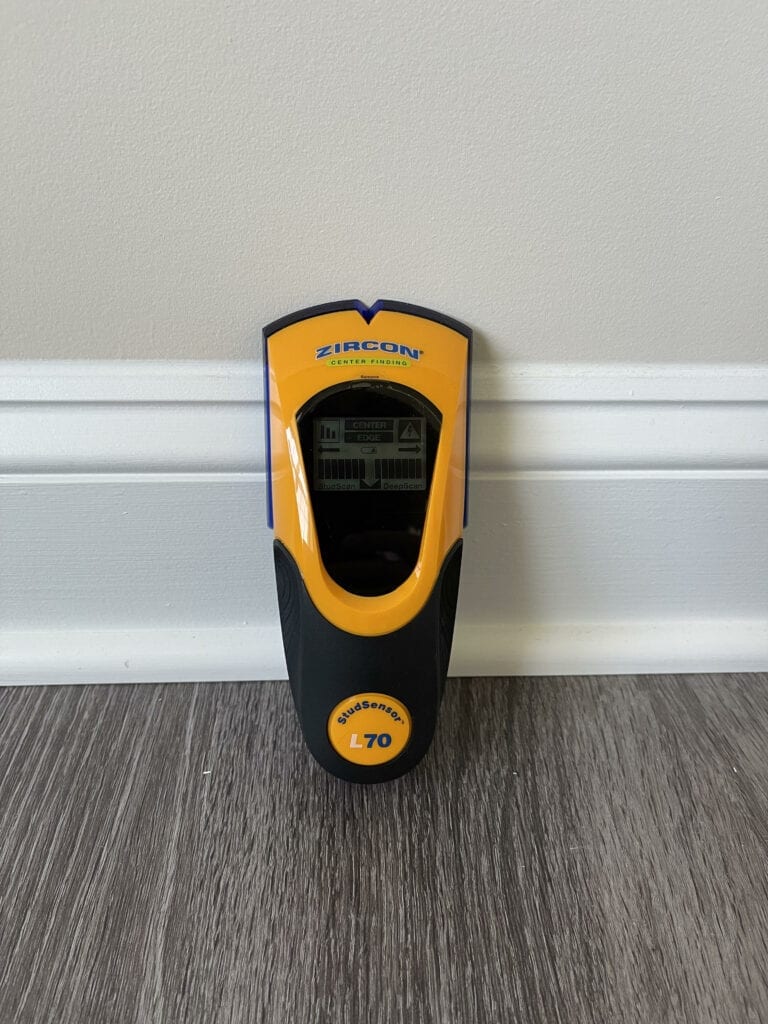 When you want to hang shelves, pictures, or do a renovation, it is important to know where the studs are in your walls. If you hammer a nail and it doesn’t hit a stud, it may not hold the weight of what you are hanging. For most projects, it is critical to find the studs before you start the job. So, you bought one from your local store. Now you need to know how a stud finder works.

A stud finder helps you find the studs in the wall. When you place it over the wall, its circuit will sense the studs and report it on its display. There are different types of stud finders, including magnetic, electric, and radar. Regardless of which one you use, it will let you know when it finds a stud.

How Does a Stud Finder Work?

I recently bought a glass blackboard for my home office, which I love. And I purchased a stud finder for the first time to help me hang it on the wall. I have never used one before, so I needed to know how it worked and how to use it. I did some research, used it, and this is what I learned.

A stud finder is a device that helps you locate the beams of wood, metal, or wiring that are behind the drywall in your home. This way, you will be able to find the stronger materials to drive nails in or screws. They are usually held by hand, and they can sense the different materials behind the drywall.

The studs are more dense than the drywall, and the stud finder will make a beep or flash on its LED screen when it finds a stud. You can then take a pencil and mark the spot so that you know where it is.

Wood is an insulator, so it isn’t capable of conducting electricity. It does support an electrostatic field and the electric stud finder can find this with its capacitor plate. It notices any changes in the electrostatic field, which is the difference between the plasterboard and the more dense wood.

Some of the electronic stud finders are able to tell you the material and how dense it is, and others can find metal pipes, electrical wires, and nails or screws. One of the more advanced models is usually called a multi-purpose stud finder.

You can also use a magnetic stud finder. They are less expensive, and they will also locate the studs. They find screws and nails with the magnets. You won’t be quite as accurate when you use it, but it will be fine for hanging lighter objects on the wall.

How to Use a Stud Finder

When you plan to use a stud finder, you first should become familiar with the type you have and how to use it. Then, find the location where you want to hang your picture, mirror, or shelves.

Measure where the top will be and how far down you need to mount it. The mounting height is where you want the studs.

Make sure that you remove other objects from the wall and power your stud finder up so that it is ready to go. Make sure that the batteries are in good shape because weak batteries can cause inaccurate readings.

You will find most studs 16 inches or 24 inches apart. You should hold the stud finder flat against the wall. Start about one foot left of where you want to hang your item. Turn your stud finder on and wait for it to be ready to go. Then, slowly slide the stud finder to the right, flat on the wall, until you find a stud.

As soon as your stud finder lets you know that there is a stud, mark the spot on the wall. Some stud finders will tell you where the edges of the stud are so that you can find the center. You will want to drill or hammer into the center of the stud.

Continue along the wall to find the other studs. This is a great way to make sure that you were accurate in finding the stud you found. Once you find the studs, you should measure between them to make sure they are 16 to 24 inches apart.

This video demonstrates how to use a stud finder simple and easy.

How to Find Studs Without a Stud Finder

But what if you bought a state-of-the-art stud finder and you know it is in the basement, and you can’t find it to save your life. You are in a hurry to hang those shelves you were supposed to hand a month ago, and you don’t want to buy another stud finder. There is a way. Realize that people were able to locate stud finders for years before stud finders were invented.

Vancouver Carpenter comes to the rescue here with a very useful video that shows us how easy it is to find studs without a stud finder.

Using a stud finder will help you safely hang things on your walls. For example, if you plan to hang pictures, mirrors, or flatscreen TV, you need to make sure that you hammer or screw into the studs. A stud finder is the best way to ensure that the nails or screws are strong enough to hold your items on the wall.