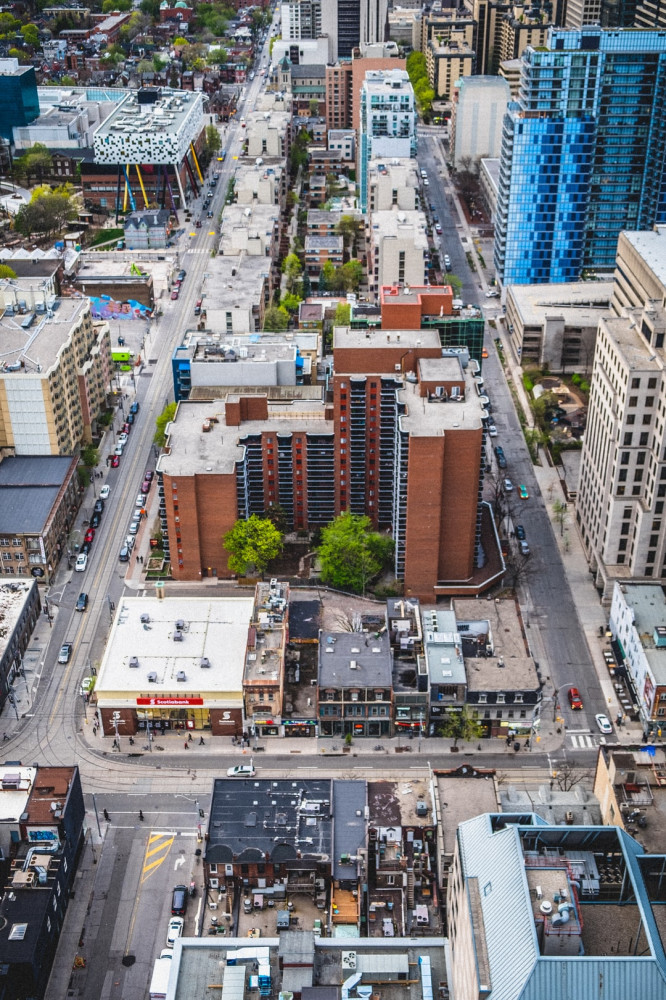 When people ask how far something is that is within walking distance, most answers refer to blocks. This is even more the case in cities, but it can happen in suburban areas as well. A block is a stretch of houses or buildings that reach a cross street on each side.

The distance of a block varies depending on where you are. Most city blocks are anywhere from 100 to 800 feet long, but they can be longer or shorter as well. For example, in New York City, the street blocks are 1/20 of a mile, while the east to west avenue blocks are usually ¼ of a mile. City planners from new world cities built in a grid pattern, so these cities are more uniform than older cities.

It is important to know how the city was developed if you want to know the exact distance of a block. Continue reading to learn more about block distances and characteristics.

Not All Blocks Are Created Equal

The distance of a block is different in different locations, so you need to know more about where you are going. Some cities, such as New York or Chicago, have specific measurements for most of their blocks. In New York City, the north to south streets are usually 1/20 of a mile, so 20 blocks equals a mile. The west to east avenues usually measure 1/4 of a mile, so four of them is a mile.

There is a general rule of thumb that can give you a general idea of how far a block is. If you are using a conversion, you will make one block equal to 0.05 miles. So, to find out how many miles you need to walk, you can multiply the number of blocks by 0.05 to get the conversion to miles. However, there will be variance depending on where you are.

How Are Blocks Defined?

Size doesn’t actually define a block. Typically, the space between cross streets makes a block, regardless of the distance. This is why both avenue blocks and street blocks in New York are simply called blocks, even though they are different lengths.

In suburban areas, the same terminology applies, and a block can be a lot longer. However, the terminology is the same, and a block is the distance from one cross street to the next or to a dead-end in a neighborhood. In these cases, you need to know the layout or use your GPS to find out exactly how far the block is. Ultimately, a block is an informal unit of distance, which is why it is undefined.

Since we moved to Lewes, Delaware, from Southern California, we have gotten used to different types of blocks and many neighborhoods without sidewalks.

What Is a Census Block?

For census blocks, they use rivers, creeks, and other natural boundaries as well as highways and streets to define the blocks. These blocks are usually based on containing a certain number of people rather than an area of land.

Is There an Ideal Size?

This video from Cheddar City demonstrates how different blocks are in different places. It also addresses the important topic of walkability and quotes urban experts’ opinions on the ideal size for a city block.

People often give directions by telling you that something is a certain number of blocks away from another location. If you aren’t familiar with the city or the area, you might have no idea what that means. In New York, it would be easy to walk three blocks, as this would be less than a mile. However, in some suburban areas, you could be walking quite a distance. The best way to find out the exact distance is to use a GPS app or look up the location. This will tell you the exact mileage and how long it would take you to walk or drive.