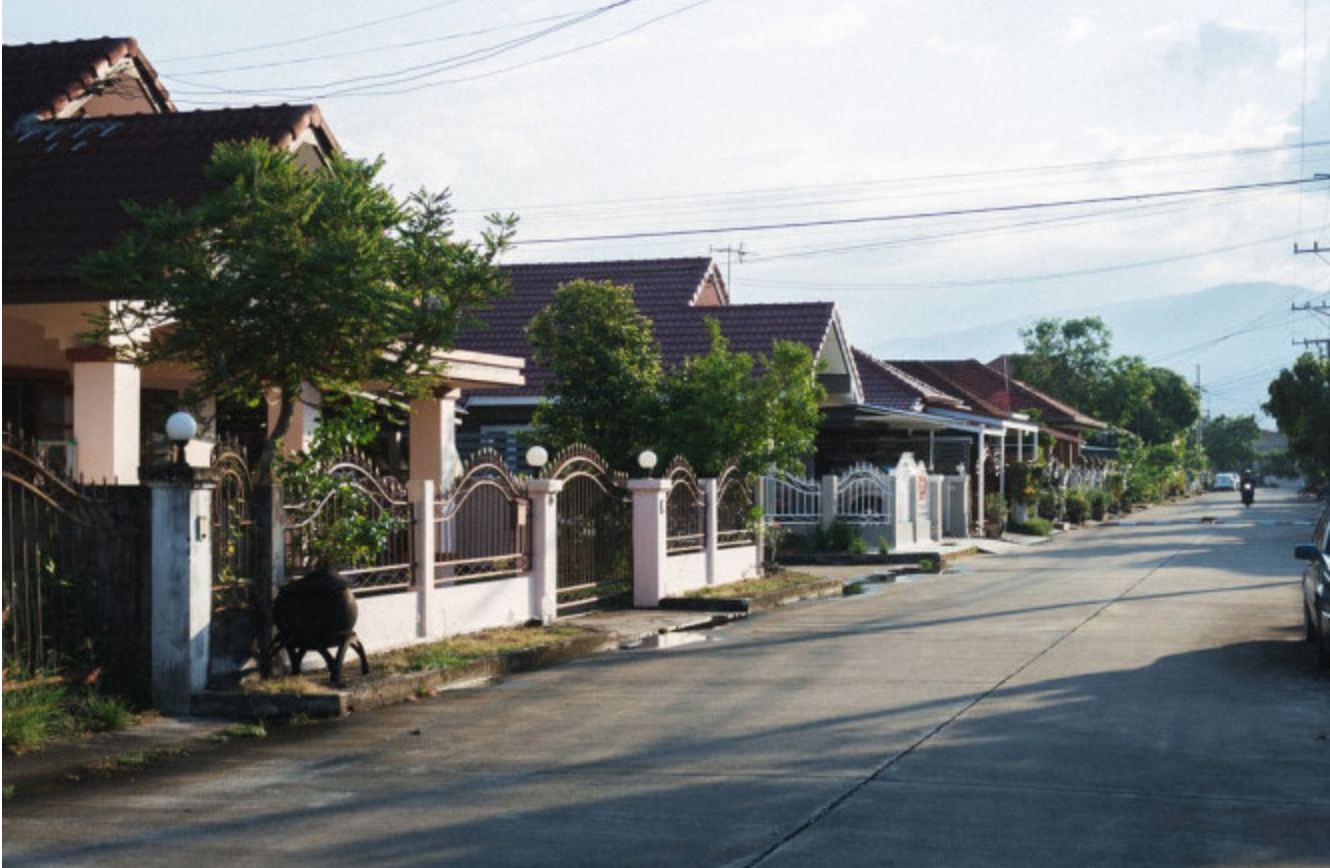 Sidewalks are ideal for riding a bike, rollerblading, going for a jog, and, of course, walking. Although many people may not give it much thought, sidewalks are actually a neighborhood amenity that many people don’t get to enjoy.

Believe it or not, sidewalks aren’t available in all neighborhoods. Having moved from urban Los Angeles to suburban Lewes, Delaware, it has been a bit of a shock for us. There are virtually no sidewalks until you get to the shopping centers. Of course, living in Los Angeles, we had to deal with freeways.

Having no sidewalks can clearly put pedestrians in danger. So, why are there still some neighborhoods that don’t have sidewalks?

Some neighborhoods may not have sidewalks simply because making and maintaining them can be expensive.

According to a Federal Highway Administration report, building sidewalks on both sides of the road can cost up to $250,000 per mile.

The construction itself can be pricey, but sidewalks tend to deteriorate over time, requiring additional money to fix and maintain them.

For example, if it snows a lot in the state, someone needs to salt the sidewalks to prevent falls. This is an expensive maintenance activity that has to be done every winter.

Aside from the costs of maintaining a sidewalk, there are also the costs of meeting code requirements. For instance, sidewalks must be at least 5 feet wide, or six feet in width, if at the curb face.

Sidewalks located in areas where there is heavy traffic need to contain reflective paint to help with visibility.

Sidewalks located near an intersection must also include a countdown clock that gives people enough time to cross.

In larger neighborhoods, there is also a need for benches or even trash cans. All of these requirements and extra additions prove to be quite costly.

Most cities and developers just don’t have the funds to add and maintain sidewalks to every neighborhood.

Over the last several decades, more and more people have moved away from cities and into the suburbs. In the suburbs, people mostly rely on their cars to get around. As a result, you don’t see many people walking around their neighborhoods.

Sidewalks are essential in cities where restaurants, movie theaters, and grocery stores are all close enough to walk to. But in the suburbs, nothing is close by, which means you are likely to drive rather than walk everywhere. Thus, no need for sidewalks.

When suburbs were first being built, developers also wanted to maintain a “high-class” appearance and wanted to discourage people from walking. Thus, they decided to eliminate sidewalks from these neighborhoods.

Other times, residents simply don’t want a sidewalk in their neighborhood either because it means they lose land. Or perhaps because they don’t want people walking directly in front of their homes regularly. A sidewalk is also added work for people as they would have to shovel snow during the winter months or keep it free of leaves during the fall.

Population density is also something else to consider. In neighborhoods where the population isn’t as high, there simply is no need for sidewalks because there aren’t many people living there.

However, in some areas with big blocks, walkability may be an issue.

Sidewalks Can Be a Safety Hazard

As mentioned previously, sidewalks tend to deteriorate over time, causing cracks and holes in them. If they are not fixed immediately, which they rarely are, they could potentially be a safety hazard for people who walk on them, particularly the elderly.

If someone happens to trip over a crack or a pothole in a sidewalk, that fall could be severe and even deadly.

Should Every Neighborhood Have Sidewalks?

Studies have shown that pedestrian deaths have been up in the tens of thousands over the last several years. According to the Pedestrian and Bicycle Information Center, around 4,500 pedestrians are killed annually by cars in the US. About 8 percent of these deaths were pedestrians walking along the roadway.

These deaths might have been prevented if sidewalks had been available for these pedestrians to walk on.

With more sidewalks in place, pedestrians could be significantly safer. Neighborhoods without sidewalks also tend to single out those less fortunate who may not own cars but rely on sidewalks to walk to and from their destinations.

Sidewalks are also a great way to encourage a healthy lifestyle. They provide access for people to walk on, and the more people exercise, the healthier they become.

Research has proven that a 30-minute walk a day can significantly reduce your risk for obesity. Sidewalks can also help keep your pets healthy as they can come along with you for walks.

Sidewalks are also a great way for people to become closer to their neighbors as they may run into them on a walk and may eventually get to know one another.

All in all, sidewalks have more pros than cons and should be considered in any neighborhood that doesn’t have them already.

Another surprising practice I have seen in Delaware, which is new to me is abandoned cars with shirts in the window.

We moved to Delaware from California and have been surprised about the lack of sidewalks. Delaware is not the only state with this issue. The video below shows a surprised walker who had to be very careful not to get hit by a car somewhere in Texas.

4 thoughts on “Why Do Some Neighborhoods Have No Sidewalks?”