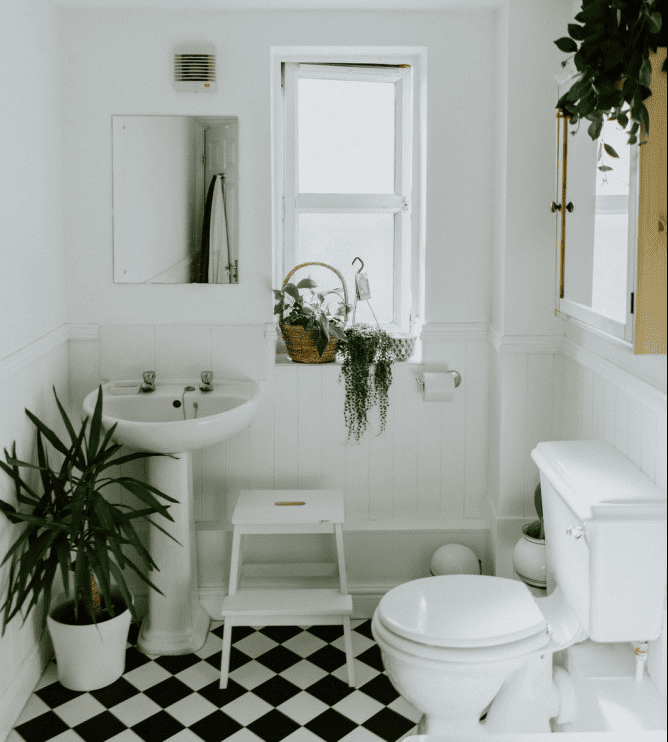 Whether you are looking for a new home or you want to rent a vacation home, you have probably seen the term 2.5 bathrooms. People often wonder what that means. It can be unclear and lead people to imagine a child’s bathroom or a half-size bathroom.

2.5 bathrooms describes a home that has two full bathrooms, each with a toilet, a sink, and a shower/tub, and the .5 refers to a second bathroom that is just a toilet and a sink. It is often called a half bath or a powder room, and it is usually located on the first floor for guests or the family to use.

It is important to understand the terminology when you are looking at homes or selling your own. Continue reading to learn what 2.5 bathrooms means.

What Does 2.5 Bathrooms Mean?

When you see a home described as having 2.5 bathrooms, you are looking at a house with two full bathrooms and one half bath. A full bathroom is normally a bathroom that has a toilet, a sink, and a shower or bathtub. They are usually near the bedrooms as well. While a half bathroom is usually a bathroom with a toilet and a sink. It won’t contain a shower or a tub, and it is usually located on the first floor.

You might also see listings with 1.5 bathrooms or 3.5 bathrooms. No matter what the number is, the .5 always means that there is a half bath, sometimes called a powder room, in addition to the number of full bathrooms.

Why Is it Called a Half Bathroom?

The concept of a half bathroom comes from the idea that a full bathroom has four fixtures. These are a toilet, a sink, a tub, and a shower. The tub and the shower can be part of one fixture, but this counts as four items. A half bath only has two of these fixtures: a toilet and a sink. It is called a half bath because it literally has half of the fixtures.

Another term that is older than half bathroom is powder room. This term originates back in the 1700s when people used to wear wigs. They would go to the powder room to touch up their wigs. Of course, they didn’t even have running water back them. This room was usually on the first floor and it was mostly used by guests.

Once plumbing started to exist, people still had a guest bathroom downstairs. They continued to call it the powder room. Then, when people started wearing makeup, they started saying they would go to powder their noses. It was a polite way to say they were going to the bathroom.

What Is a Three-Quarter Bath?

Another term that you might see is three-quarter bath or 3/4 bath. This is usually a bathroom with three of the four fixtures. It usually is not attached to the master bedroom, and it may be in a guest or in-law suite.

They can be small rooms, usually having a toilet, a sink, and a shower. They are efficient spaces for guest bathrooms because they don’t use as much space and are less expensive to build.

What If the Listing Has More Than One Half Bathroom?

The standard way of listing homes with more than one half bath is to add them together. This is part of what leads to people’s confusion. For example, if you see a listing with three bathrooms, it could be two full bathrooms and two half bathrooms.

You need to read the details of the listing to know exactly how many bathrooms the home has and what kind they are.

It can be confusing to see a listing with fractions describing the number of bathrooms. Many people have no idea what it means. It is all tied to the number of fixtures in the bathroom. A full bathroom has four, including a toilet, a sink, a tub, and a shower. A half bathroom has two, or half as many. It will have a toilet and a sink.