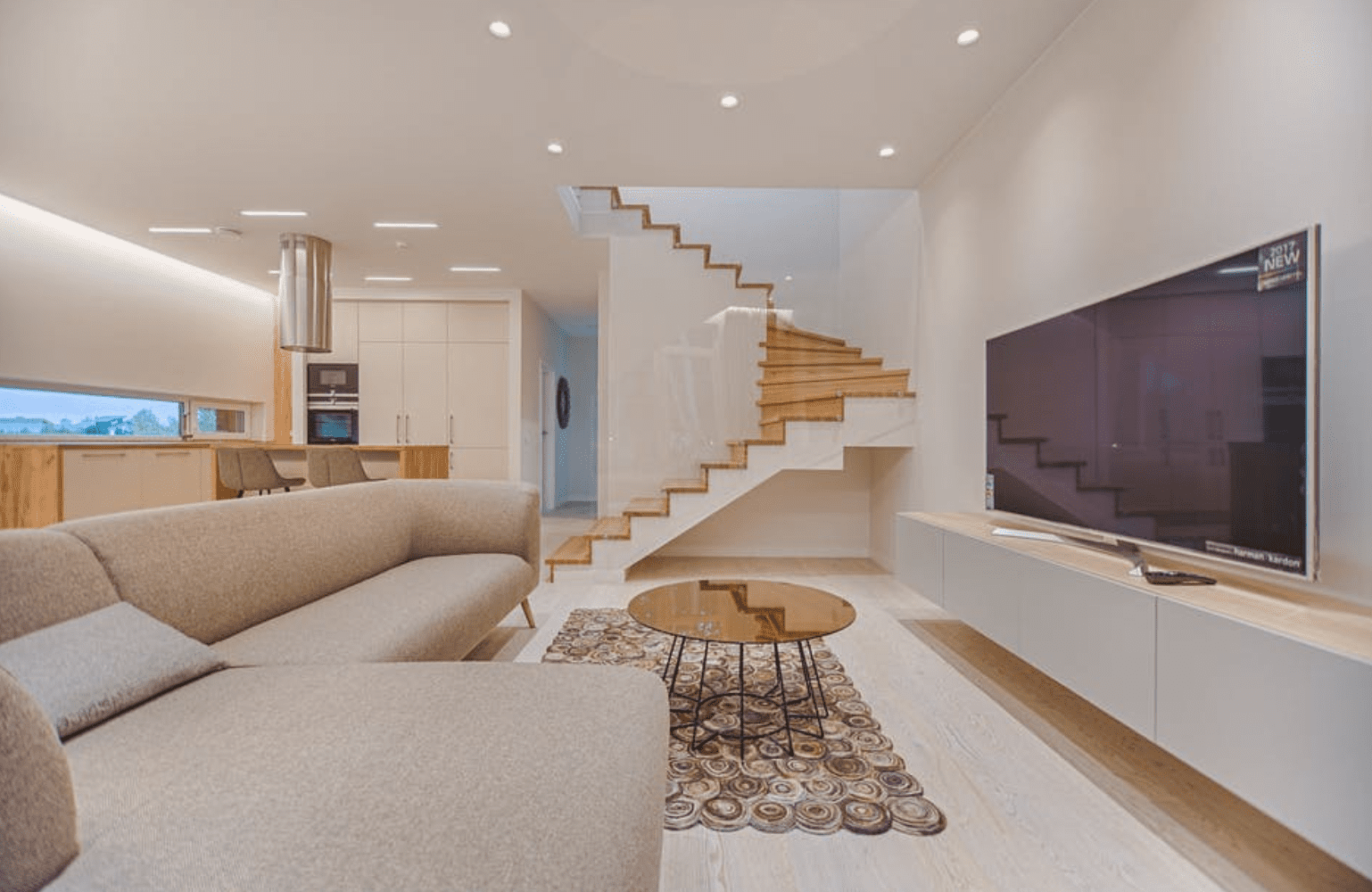 You have spent significant money to finish your basement finally, and naturally, you expect that space to be included in the square footage when you sell the house. Most people assume that finished basement space is included in square footage. I hate to tell you that you may be in for a surprise.

We recently bought a house in Lewes with a big unfinished basement and were thinking of getting it finished at one point. I was wondering if the finished basement space can be included in the square footage of the house.

Is a Finished Basement Included in the Overall Square Footage of the House?

Fannie Mae and ANSI provide the standards for this topic. Although their guidelines are not always clear, the overall consensus is that if a room is below ground level, it should not be counted towards your home’s square footage. In other words, to be considered a “living area,” in addition to meeting local codes, the finished space has to be above ground level.

While the above standards are widely used throughout the USA, some states and counties have slightly different interpretations. For example, you can include your finished basement square footage in Minnesota and areas of Minneapolis but you still need to list it separately as “below ground finished square footage“.

This is an example of how you would see a hypothetical house listed in the multiple listing service (MLS) for Minnesota:

What are the Requirements for a Finished Basement?

In layman’s terms, the overall expectation is that a finished basement should have comparable features and standards to the rest of the house.

In addition to mechanical, plumbing, and electrical requirements, the ICC also has general building requirements. These are some of the most important:

A finished basement needs to have direct access to the main level of the house through a stairway. This has to be a permanent stair, not just a ladder. The stairway needs to meet certain requirements, including having an artificial light source to illuminate the landings and treads.

One way to determine if your basement has comparable features to the rest of the house is to look at the way you heat it and cool it.

Code R310.1 of the ICC reads: “Basements, habitable attics, and every sleeping room shall have not less no fewer than one operable emergency escape and rescue opening […]“

That is, if your basement contains one or more sleeping rooms, each sleeping room must have an emergency escape and rescue opening. These emergency openings could be a door or a window but must open directly into a public way, or to a yard or court that opens to a public way.

Will a Finished Basement Increase My Property Value?

You may be asking yourself: Why finish a basement then? More than likely it will not be included in the square footage of the house.

But what is the return on your investment (ROI)? Don’t be disappointed -It is not a profitable investment.

An analysis completed in 2017 concludes that if you were to sell a house with a finished basement, you would get back about 70% of what you spent. In the example they provide, a remodel costing $71,115 would increase the value of your home by $49,768.

So, now you are thinking, what is the point?

You don’t recover the cost you put in when you sell the house. But, I think the main reason most people consider finishing a basement is not to increase the value of the house, but to enjoy the house more, which brings me to my next point.

What About the Finished Basement Intangible Benefits?

While you don’t recover 100% of your investment if you sell the house, if you add some of the intangible benefits you gain with it, you may feel that you actually “profited” from that investment.

The bottom line, if you finish your basement and is up to code, you will increase the size of the home regardless of whether it is included in the square footage of your home.

What can you do with more space?

You finally may have a decent place for your in-laws when they come and visit. Extended family and friends may feel less crowded when they come over for the weekend.

By the way, although your basement will have to be considered a legal living space under your local code, you could potentially rent the space. Be part of the gig economy and become an Airbnb host.

You know that it never hurts to have an additional bathroom. Maybe you currently have only one and finally don’t have to share it. That’s definitely a plus.

For most men, the thought of having a man cave is like a dream come true. It is a place to get away from pressures temporarily and to decompress. Maybe that’s what you can use it for.

Below is a video with an interesting perspective from Katie Noel, a real estate agent. She goes over the intrinsic ways a basement counts towards the value of your home.