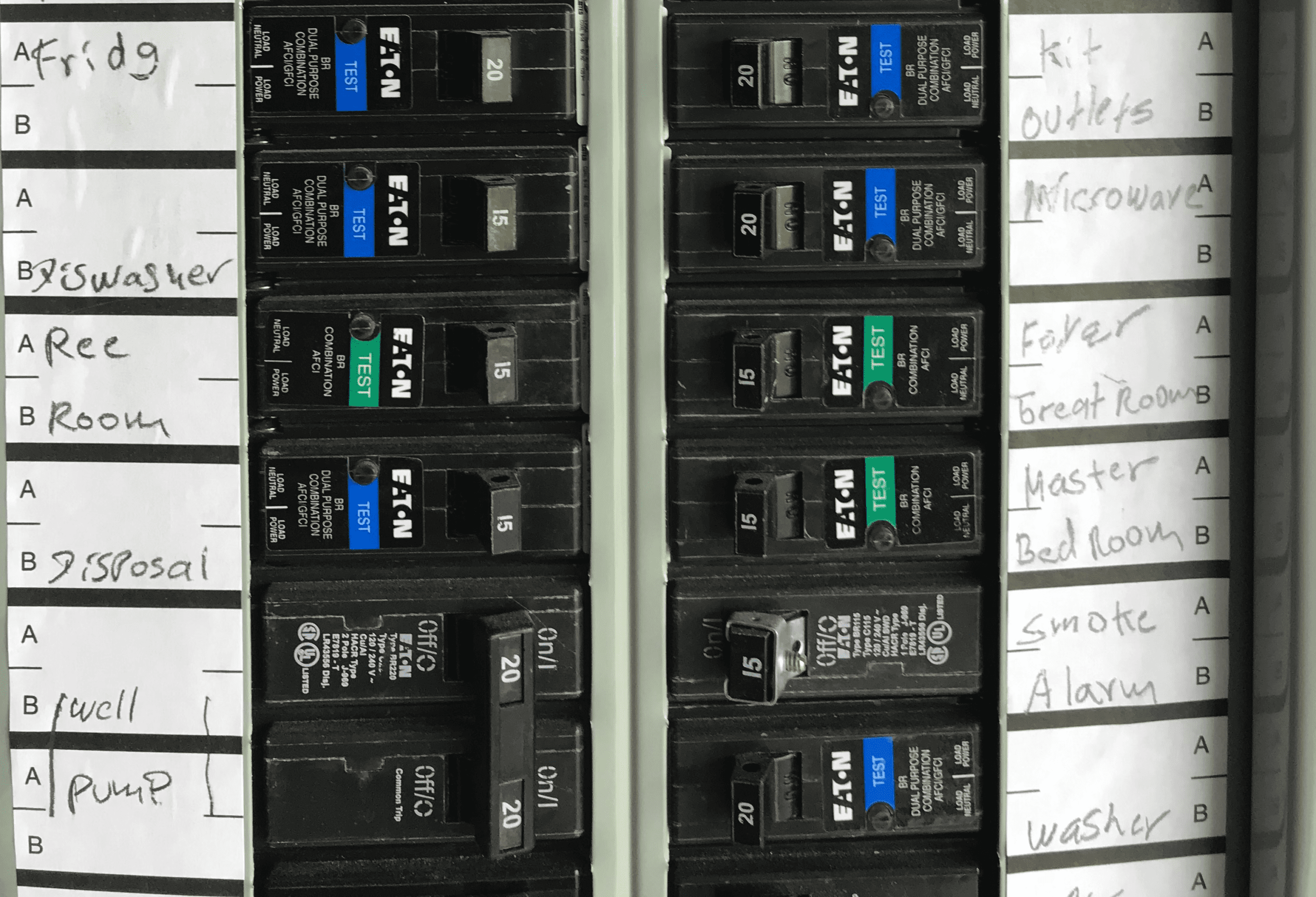 Circuit breakers are one of those crucial things you need to know as a homeowner. The good news is that you don’t have to be an electrician to identify and resolve simple problems related to your circuit breakers.

And why should you know this? Because switching off electricity in case of emergency can prevent further damage. Moreover, resetting a tripped circuit breaker will enable you to use all of the devices connected to a specific circuit.

Where Is My Circuit Breaker Panel?

As a homeowner, you should know where your panel is and familiarize yourself with the circuit breakers, especially the main one.

Every branch breaker is connected to a specific house area, like a living room, bedroom, hallway, and other rooms. By switching off a particular branch breaker, you are cutting off the electricity for that area. This is frequently done when you need to perform some maintenance on repair works on the electrical system.

Among all those breakers, there is usually one, located on the top or the bottom, and that one is larger and stands single. Some electrical panels have that large breaker in the middle. This single, large circuit breaker is called the main circuit breaker.

The primary purpose of this breaker is to cut-off the power in the entire house. The main circuit breaker, when tripped, disconnects the power from the service panel, and as a result, the power through the whole house gets shut down.

As already mentioned, branch circuit breakers control individual rooms, while the main one is “in charge” or the entire house. The main breaker is connected to the main feeder (“power”) lines that deliver the electricity into your home. Every breaker, including the main one, can withstand certain amperage before it gets tripped.

An ampere is a unit used to measure the electric current flowing through a circuit.

Depending on your home size and age, the main breaker will be certified for a specific amperage. Older homes were built when some appliances were not common or didn’t even exist. That is the reason why having a bunch of modern appliances within an old house can be an ordeal. Most of those old main circuit breakers are certified only for 60 amps.

Modern homes and wiring systems were designed to withstand a lot of electricity use, and depending on the size of the house, main circuit breakers are certified for at least 100 amps, and some go for more than 200.

Service panels are usually designed with two feeder wires (also known as “power lines”), with 120 volts each. With this setup, you can power 120 volts devices, such as lights, outlets, and most electric appliances. Larger devices such as water heaters, dryers, and furnaces need to tap on the two wires for 240 volts.

Branch breakers, depending on your house and panel, are certified to withstand less than main circuit breakers. Usually, the number will be between 15 and 50 amps, depending on the circuit.

These specifications are essential to protect your home from damage or electrical fires caused by an electricity overload.

Without having a main breaker, you would have to rely on branch circuit breakers to withstand loads that are too high for their specifications.

Why Circuit Breakers Get Tripped?

When you use many appliances in a specific area, a branch circuit breaker can be tripped because of overload. If the appliances try to get more power than it can safely be delivered, the breaker goes off to prevent possible problems.

Sometimes, the main breaker can go off after a particular branch breaker goes off. It is usually an additional safety measure if the overload is severe.

You may also be wondering, why is my GFCI outlet not working?

How to Complete a System Shutoff

The main circuit breaker can be used as a system-shut off for the entire house. To cut the power safely, follow the next steps:

In general, you should shut off your system to avoid sudden power changes and surges on the main circuit breaker.

When should you complete a system shut off?

Any maintenance should be done by a licensed professional because working with electricity can be dangerous. If you have any doubts or questions about your electrical system, call an electrician.

How to Reset the Main Circuit Breaker Safely

Main circuit breakers can trip because of sudden electricity surges caused by your power company or a faulty branch breaker. Regardless of the cause, to reset it safely, you need to follow these steps:

Circuit breakers, especially the main ones, are designed to withstand standard loads and shouldn’t get tripped frequently. If you notice that this is happening more than it should, it could be a sign of some electrical problem. To diagnose and resolve it, you should contact a professional electrician.

How to Reset an Individual Tripped Circuit Breaker

To reset a tripped circuit breaker, follow these steps:

If these steps didn’t work, you may have to contact an electrician.

How to Trace a Circuit Breaker With No Tools

The video below goes over a few quick tips to help you find the location within the house a circuit breaker controls.

How to Trace a Circuit Breaker With a Digital Finder

We homeowners have enough things to worry about with the house, so we frequently ignore electrical boxes and circuit panels because they are out of sight. Unless a circuit breaker trips off, we don’t even remember where the box is.

We don’t have to fall in love with the circuit breakers, but we should be aware of warning signs showing that something is wrong with our electrical panel:

Even if you are a DIY enthusiast, you probably should contact a professional to troubleshoot these warning signs unless you are an electrician.