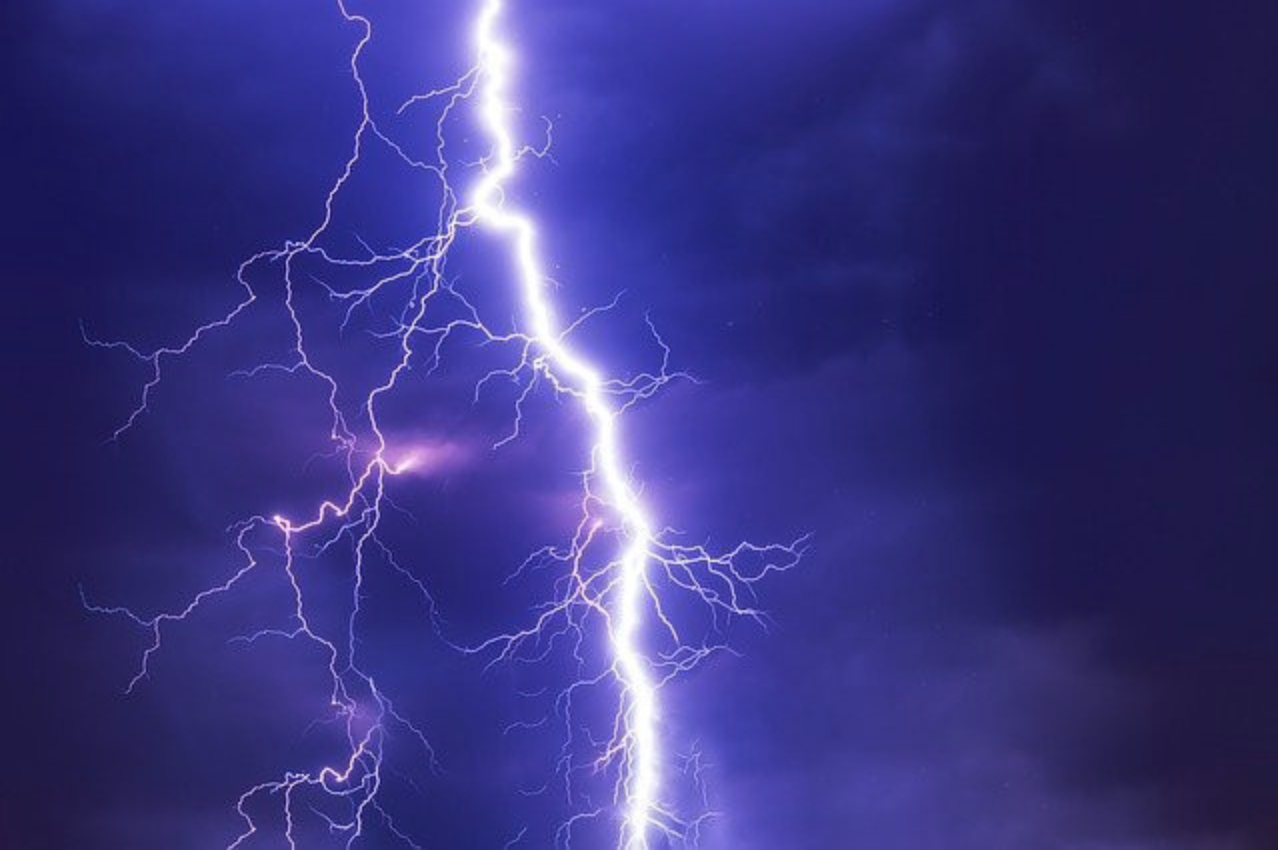 If you are like most people, your parents likely told you not to shower during a thunderstorm. Many people wonder if this was one of those things parents say or if there is some truth to it. Thunderstorms are especially dangerous because of the lightning that accompanies them. You should always go inside when there is a thunderstorm, but there are some dangers even when you are inside.

During a thunderstorm, lightning can travel through your pipes and strike you while you are showering. It is not safe to shower during a thunderstorm because you may receive a jolt of the electric shock if this happens. Water can also carry electrical currents from lightning, so you are at risk from the water as well.

Why Is it Dangerous to Shower During a Thunderstorm?

The second way that lightning can hurt you is through the water. Water can carry the electrical currents from the lightning and hurt you. This all happens because lightning is trying to find its way to the ground. The electricity from the lightning follows the least resistant path, which is often wiring or plumbing. You don’t want to be in the way of that path because it is very dangerous.

How Common Is it to Be Struck by Lightning in the Shower?

It actually isn’t very common for people to be struck by lightning while showering, but it can happen, and it is very dangerous. If you make it a rule not to shower during a thunderstorm, you are safe from the risk. What is important to remember is that you should avoid any pipes in your home during a thunderstorm. You shouldn’t use your sink, wash your hands, or do the dishes either. No matter what you need to do, it can wait until the thunderstorm has passed.

Although it isn’t very common for people to be struck by lightning during their shower, you shouldn’t play the odds. The risks are significant. What can happen ranges from a burn from the heat in the water to numbness and tingling, having your heart stop, and even dying. The risk is too great to take the chance.

To give some perspective, based on data from the National Lightning Safety Council from the past 15 years, on average there are 29 lightning fatalities in the USA each year. However, realize that in addition to these deaths, many others are also seriously hurt each year.

Two days ago, June 9, 2021, a 70-year-old New Jersey man became the first person to be killed by lightning in the US this year. Reportedly, he was struck by lightning while playing golf.

We seriously felt the same storm in Lewes, Delaware, where we live. This same day, I witnessed how a mighty bolt hit my neighbor‘s rain gutter and apparently damaged their HVAC system. Imagine if that had hit a person inside the house.

So, it is unlikely to be hit by lightning, but it is real!

When Is it Safe to Shower Before or After the Thunderstorm?

Thunderstorms can come up quickly, but you will usually hear the thunder off in the distance before it arrives. If you hear the thunder, it is too close for you to have time for a shower. So a good rule of thumb is to avoid using the water in your house once you can hear thunder. The thing to remember is that lightning can strike up to 10 miles away from where the storm is happening, so you are in danger before the storm actually arrives at your house.

After the storm passes, you should wait at least 30 minutes from the last thunder that you hear. Sometimes the last one is the largest burst of electricity, so you should definitely wait it out. When you have a thunderstorm, just wait 30 minutes before using the water for showering or anything else in your home. This way, you know that you are safe.

What Else to Avoid During a Thunderstorm

Is There Any Way to Protect Your Home From Lightning Strikes?

The best way to add a layer of protection is to have an installed lightning rod at your home. Lightning rods are designed to capture the electrical current from lightning and direct it to the ground safely. When you have a lightning rod installed, the lightning is more likely to strike it rather than hitting another part of your home, a tree, or the ground. However, the risk is still there, so you should avoid showering until the storm has passed.

People often think back to when they were little and remember being told not to shower during a thunderstorm. The fact is that it is dangerous, and you should always wait 30 minutes after a storm has cleared your area. Once you hear the thunder, it is too close, and there is a risk. It isn’t worth taking a risk, so avoid the shower until the storm has passed.