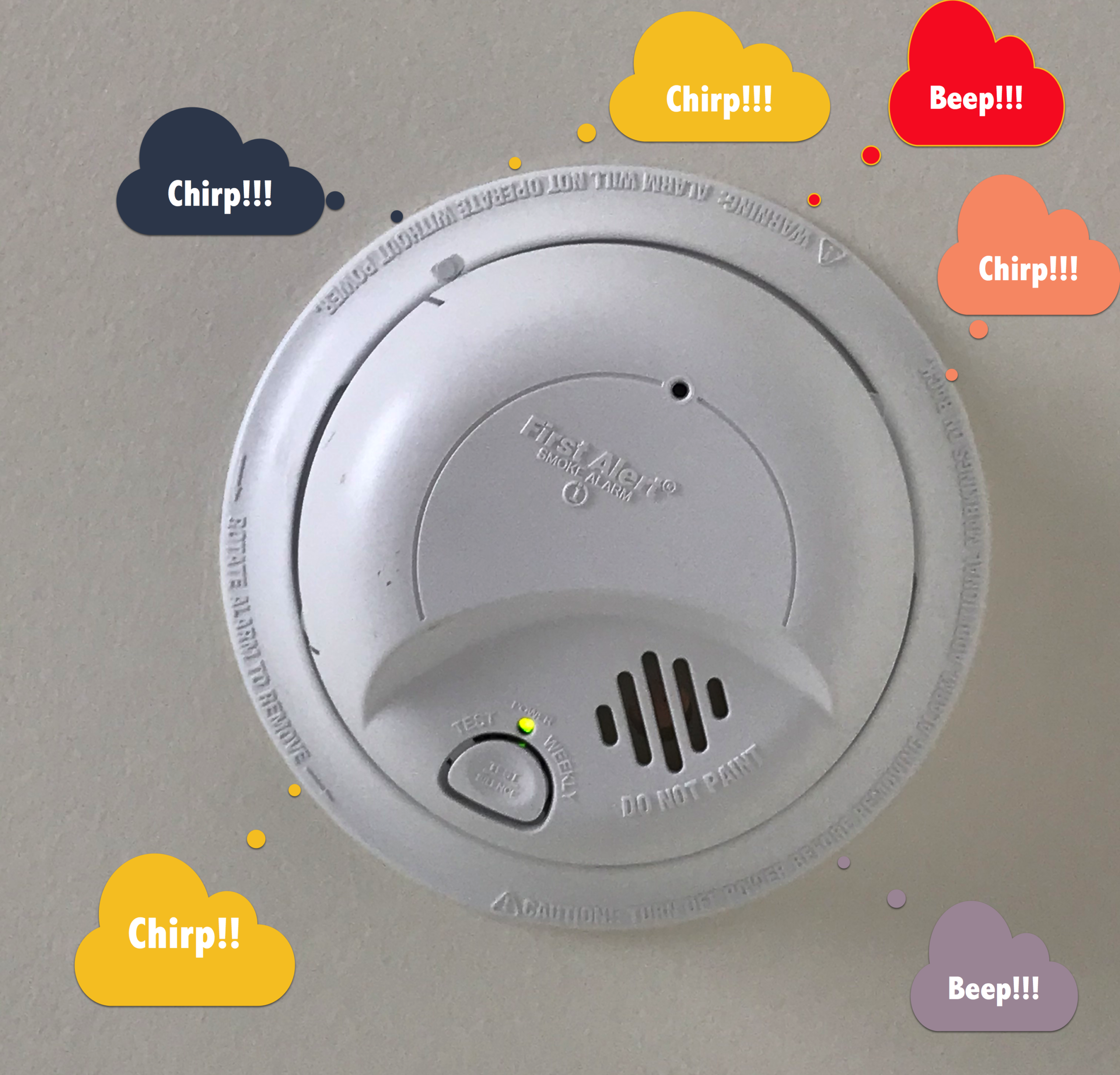 Smoke alarms are priceless when it comes to our home safety. Unfortunately, sometimes they beep or chirp for no apparent reason. Being able to recognize those sounds and resolve the problem is extremely important.

Beeping and chirping can be caused by an improper battery or power installation, dust in the sensing chamber, or a malfunctioning alarm. Certain environmental issues like humidity or steam can be the reason for these sounds too. Frequently the chirping sound indicates that the battery needs replacement.

To fix a problem, you have to identify the cause. I will list the most common reasons for alarm beeping or chirping and potential solutions to these problems.

Common Reasons and Solutions for Smoke Alarm Beeping or Chirping

I have lived in the USA for 30 years now, and I can’t tell you how often I have been frustrated because of a smoke alarm beeping or chirping. You probably share my feelings. We know they are critical, but why do they have to be so annoying often in the middle of the night.

Let’s understand this topic better to lessen our frustration. We may not be able to prevent these devices from waking us up at 3 AM, but we can learn how to quickly fix the most common reasons for smoke alarms annoying noises.

Smoke alarms are extremely sensitive devices. Chirping or beeping without regular pattern may be caused by various problems. Most of them can be resolved easily.

Problems caused by improper battery installation are the most common ones. If your alarm is chirping, check the following:

Note that if a battery is causing the problem, only the device having a problem will chirp. The rest should be silent.

Obstructions in the Chamber Related Issues and Solutions

For these issues, cleaning the chamber could solve the problem. Start by removing the device from brackets. Use a vacuum cleaner or compressed air to remove the dust and any residue from the chamber, and the device itself, including the mounting brackets and the surrounding area. Install the battery and check the indicator lights. If applicable, press the test button to verify that your device is working correctly.

⚠️VERY IMPORTANT – Ensure you switch off the main circuit breaker to cut-off the power if applicable and follow the manufacturer’s instructions.

Other Possible Issues and Solutions

A common question is why the alarm is making a chirping noise when it is connected to power. The answer is that the smoke alarm needs to alert you because the battery is the backup system. If the power goes out and you have no battery or the battery is dead, the alarm will not warn you of the potential danger.

After battery changes or cleaning process, you should reset your alarm. To reset a smoke alarm with a battery backup, do the following:

If you wish to reset the smoke alarm that is battery powered, follow the next steps:

Some distinctive sounds or chirp patterns typically indicate specific problems. Recognizing those sounds will save you a lot of time and headaches.

Refer to the chart below for the most likely cause of the sound or chirp pattern you are hearing.

I have created a quick summary video for this section. If you like this video, consider subscribing to the House Notebook Youtube Channel.

How to Replace a Smoke Detector’s Battery

Watch this video to learn how to replace a battery of a typical smoke detector, which may also be a carbon monoxide detector. The video is presented by Gabriel Williams, a firefighter in the State of Illinois.

Proper maintenance of smoke alarms is easy and it will ensure the safety of your home. Ignoring those beeps and chirps may have serious consequences. If you are unable to resolve a particular issue you may have, contact a professional.