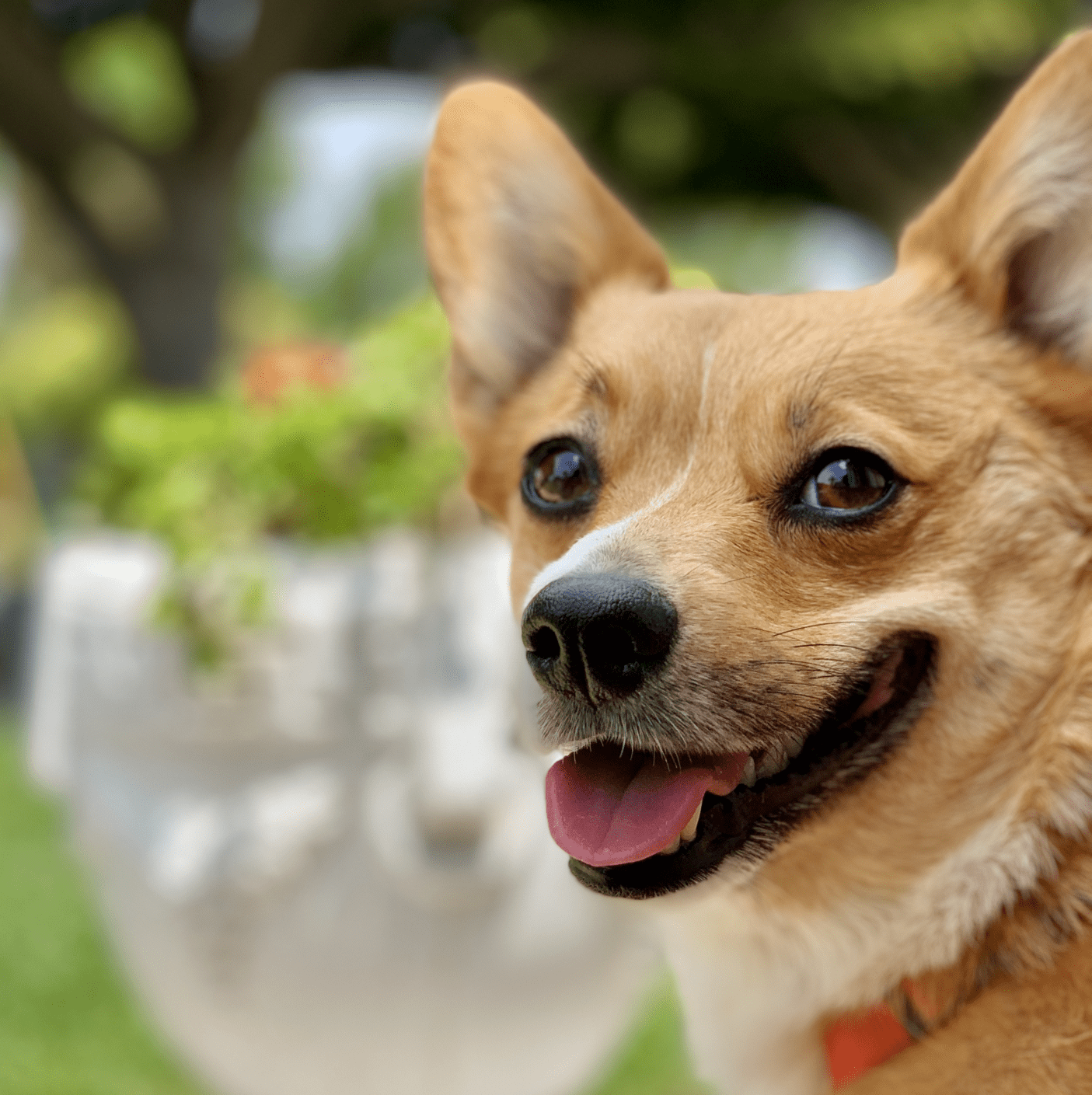 Dogs are fun and beautiful creatures that will love you unconditionally, but they can also drive you crazy. Not every dog breed is suitable for every family, and you should choose according to their characters, not just their adorable look. So, what are the pros and cons of having a corgi?

Corgis, one of the most popular breeds, are smart, friendly, active, cuddly, and cute. On the other hand, they are stubborn and need a lot of attention. Corgis also shed a lot. Think about these pros and cons before you make a final decision.

It is important to mention that people have different lifestyles and tastes, so I can think that something is a good thing, when you may think it is terrible. Keep that in mind, when considering the pros and cons of having a corgi.

Before getting deeper into their character, let’s go over some basic information about Corgis.

A feature that can tell them apart is that Pembrokes have pointed ears and are smaller than Cardigan. But the most visible difference is that, unlike the Cardigan, the Pembroke has no tail.

A little background about tails

Sometime in the 17th century, someone deemed that the tail was an obstacle for Pembroke Welsh Corgis to do their job, and as a result, dog breeders started to artificially dock them.

When the Corgis had a tail, they were not considered working dogs. England decided to generate more money and placed a tax on companion dogs, which included Corgis with a tail. As a result, most people would dock their tail not to pay the tax.

England repealed the tax years later, but by that time, it was too late –it became a custom. It is now a breed standard upheld by the American Kennel Club (AKC), an organization founded in 1884, which advocates for the purebred dog as a family companion.

Several countries have banned the practice of docking dog tails, but the USA is not one of them.

Pembroke Welsh Corgi is a popular dog, partially because it is the one Queen of England has. In fact, she is a proud owner of many Corgis.

As of 2020, based on AKC registration statistics, the Pembroke Welsh Corgi is the 10th most popular breed among almost 200 breeds.

Corgis originated in Wales, United Kingdom, and were originally cattle herding dogs. That is why some describe them as “tiny German Shepherds” when it comes to their personality and appearance.

They used to herd animals by nipping at the heels. So, if your Corgi bites your ankles is because she is trying to herd you –isn’t that cute!

They have quite a history in the USA too. A pair of Cardigan Welsh Corgis were brought into the country in 1931 by a breeder, and since then, their numbers have increased significantly.

Pros and Cons of Having a Corgi

Every dog breed is different, and of course, each individual dog has its personality. You can do a lot with proper dog training, but some things will never change.

I will list the most common pros and cons of having a Corgi, which can be confirmed by Corgi owners.

These adorable dogs, with their famous butts, have a lot of positive traits. These are some of them:

Corgis always seem bright and happy and follow you around like happy campers. Sometimes, this will annoy you, but in the end, you will see that they will put a smile on your face, even after a terrible day.

Corgis love human companionship, and the more time you spend with them, the happier they will be. This is so true of our Corgi (Luna). She will always say hello to dog owners before acknowledging their dogs.

Many people mistakenly think that small breeds are not smart and that they are impossible to train. The reality is that some people don’t give small dogs a chance. They don’t train their small dogs and see them as toys. Therefore, owners don’t get to see their potential

Corgis can learn almost anything you can think of; however, it may take some time because they are very stubborn.

In his book, The Intelligence of Dogs, Stanley Coren, a canine psychology professor, ranks Pembroke Welsh Corgis’ 11th brightest dog out of 138 dogs studied.   The study proves that small size does not mean low intelligence.

We know our Corgi (Luna) is very smart. For example, it took her very little time to figure out that she had to avoid the invisible electric fence we recently installed in our yard.

Not everyone thinks that their active nature is a good thing. For those who have the energy and will to provide physical exercise to a dog, this is great, but it would not be the best choice for an older couple with impaired mobility. Dogs that don’t get enough exercise can become destructive.

Luna is so active that I recently was worried about her chasing turkey vultures and get attacked by them. It turned out that my concerns were unfounded. We need to find extra activities for her like going to the beach.

But let’s get back to the good things. Having an active dog will make you go out a lot, play with them, throw them balls, go on hiking trips, spend time outdoors, and meet new friends who also have dogs. This is also very healthy for you. Corgis like to chase other dogs because of their herding instinct. If you have more than one dog, you will never be bored.

As sociable as Corgis are, they love cuddles. They are a notoriously cuddly breed. Our Corgi (Luna) loves to lay down with us on the couch or anywhere else. But I would have to say that it is only after their energy has been drained. Until then you can try to cuddle with your Corgi, but he/she is likely to be very impatient until she gets tired.

This on the left is what Luna looks like after she has exercised for about 30 minutes. She will be ready to play more after she rests for about an hour –so be ready!

We all like to hear a compliment and enjoy beautiful sights. Corgis are very cute, and there is no way you will ever go out without hearing a stranger saying, “Wow! This dog is so adorable!” And you will be able to enjoy this beauty every day. However, this shouldn’t be the only reason to get a Corgi.

Smaller breeds live longer, and Corgis are not an exception. Their average lifespan is 12-15 years. Some individual dogs live even longer. This means that your best friend will be around for a long time.

Not everything is rosy with Corgis. There are some cons too.

Corgis can be very stubborn and require a lot of patience during training. And when stubborn behavior is combined with intelligence, you will realize you have a naughty dog. Corgis can make a mess, ignore your commands, and have a mind of their own.

Not Good With Small Pets

Corgis have strong instincts to chase animals, as they were bred to herd cattle and used as multipurpose farm dogs, which included hunting small animals.

Because of these instincts, Corgis can be very stressful to pets like bunnies, guinea pigs, and similar. They could easily hurt them. Never leave them unattended, and even better, if you already have a small pet, think about other dog breeds.

In our new house in Lewes, Delaware, there are rabbits all over, and Luna loves to chase them. One day she scared the daylights out of us. She was in the yard and ran away like a lion chasing a rabbit. It took us two hours to find her –we thought we lost her forever.

Another day I found a dead bird in our bedroom. We couldn’t verify how the dead bird got there, but I feel Luna was the culprit. This is why we had to build an invisible electric fence, and it’s working very well.

Their beautiful coat looks great on them, but if you think it won’t look good all over your floors, furniture, and clothes, then a Corgi may not be for you.

Corgis is one of many dog breeds that have a “double coat.” The undercoat keeps them warm in winter and cool in the summer. Although shedding is a daily occurrence, they shed the most in fall and spring to be ready for winter and summer.

A lot of coat maintenance is required. The double-layer coat has to be brushed often, and it is recommended to bathe them once a month.

They Can Be Loud

I think all herding dogs can bark a lot, and Corgis are not an exception. But it is hard to generalize here. We used to have a Sheltie, also a herding dog, and she used to bark much more than our Corgi.

Don’t get me wrong; Corgis are not quiet dogs. Luna will bark to warn us of nearby dogs and anything suspicious, but that helps protect our house. She also barks when she is happy playing. But she very rarely barks at night.

They are energetic, and they like to express themselves vocally. If you don’t like that, you may have to choose a different breed.

Although this breed is not for everyone, we are delighted with our Corgi, Luna. She is very centered, affectionate but also has a lot of “personality” –we wouldn’t have it any other way. After all, like when you have a kid, you never know what you will get until you get it. If you want to be safe, you may have to get a stuffed animal.

2 thoughts on “Pros and Cons of Having a Corgi”