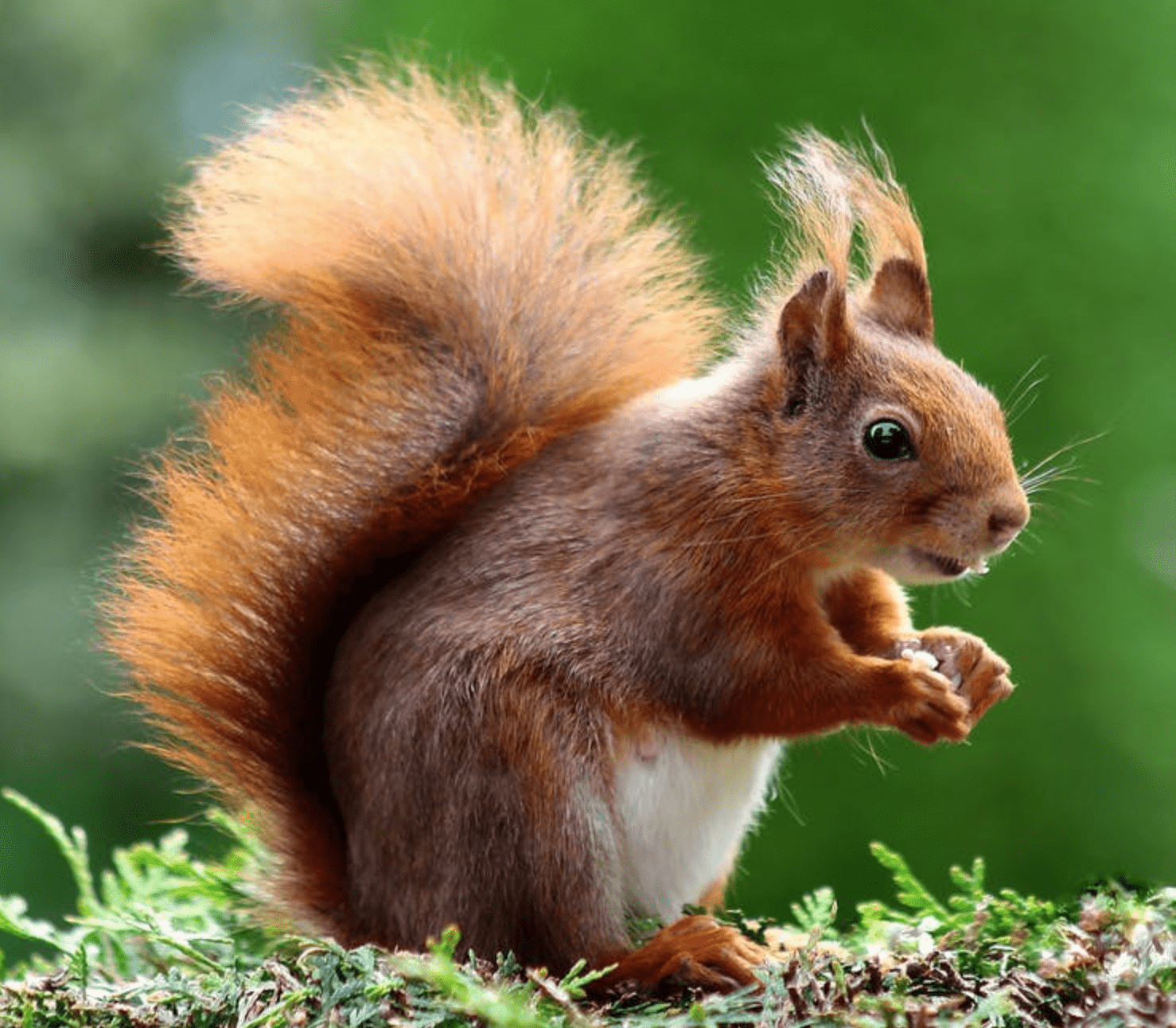 You have probably noticed, maybe even just on TV, how an animal freezes in place and stands still like a statue. I see squirrels do this a lot in our new neighborhood in Delaware and wondered what its purpose is.

Freezing is a response to danger. When squirrels freeze, they are trying to avoid an attack that could be caused by motion. Another reason is that they are alert and observing the surroundings in search of possible threats.

It may seem odd to you as a human, but this behavior is quite normal in the animal world. “Fight or flight” is a well-known response in the animal kingdom, but “freeze” could very well be another.

Why Do Animals Freeze in General?

Freezing is a reaction resulting from an animal’s survival instincts. Humans can also freeze out of fear. Unfortunately, this behavior does not usually save humans from anything. It mostly happens accidentally.

In the animal kingdom, there are various reasons for freezing, especially among prey animals.

Some animals, including squirrels, have a lot of natural enemies of all shapes and sizes. Their everyday life is full of dangerous situations. Getting out of the shelter in search of food is a dangerous task.

Some predators roam around and react to motion, sounds, or any other movement of their prey. A predator may still see the prey even if it’s not moving a bit, but it is more likely a small prey won’t be seen if there is no motion and sound.

Prey animals are continually observing their surroundings, and there is a chance they will see a predator before the predator sees them. If that happens, the animal will freeze to avoid the possible attack.

Prey animals are frequently on high alert. You can see them walking around and then instantly stopping and freeze. It can be a reaction to something suspicious they noticed and want to take a better look, or they want to observe the surroundings and see every possible detail before they go there in a food search.

By freezing, they eliminate the sounds they make, nothing is blocking their view, and because they are not moving, their concentration is on 100%. By doing so, they are, in a way, hidden from predators and can scan the area.

Predators also sort of freeze but for a different purpose. It may look like freezing, but it is actually very precise and calm stalking. Predators rely on this behavior to stay hidden and unnoticed by their prey. They are waiting for their prey to come closer and attack fast.

This method is highly effective and practiced by many marine animals too, like certain fish species, not just land animals.

Alternative to “Fight or Flight” Response

Freezing often happens before a “fight or flight” response. This can also be described as assessing the situation. It is an initial response to some occurrence, and the time the animal stays frozen is used to determine its next step.

If another animal of the same species is invading their space, they can freeze and attack that other animal after a few seconds. Another possibility is that after they freeze, realize that the situation is too dangerous, and then decide to run away.

These reactions are often connected, and often there is more than one reason that triggers freezing behavior.

When an animal freezes, their body functions change as well. Blood pressure and heart rate rise, and the animal starts breathing faster.

How Do Squirrels Benefit From Freezing?

Squirrels freeze quite often, and the causes of freezing can be avoiding an attack, observing the surroundings, or an alternative to “fight or flight”.

Squirrels live in many different places around the world, including urban areas. Those living close to us humans have even more threats than those living far in the wilderness. Cats, dogs, and cars are among those threats.

Unfortunately, not all threats can be eliminated by freezing. You have probably noticed how some animals freeze when they see a car, especially in the dark. They are not used to it, it is not a natural threat, and in the dark, their pupils dilate, so powerful headlights may cause temporary blindness. In that case, freezing will just make it worse because there is a chance they will get hit by a car.

Freezing is also keeping them safe from free-roaming house cats and dogs, which are off the leash. If you go into the forest, you will actually see less freezing behavior practiced by squirrels, simply because they will notice you from a distance, long before you notice them, because you are a threat they don’t get to see very often, and you stand out a lot.

What Exactly Will Cause a Squirrel to Freeze?

I already mentioned that fear is the main trigger, but what are squirrels afraid of, and what do they perceive as a threat? Here is a list of frequent triggers:

Keep in mind that it is not a complete list, and the possibilities are endless. It is also more focused on squirrels living in urban areas.

If you ever see a squirrel or any other animal in a frozen position, don’t try to get close and be mindful. The creature is probably frightened, and the last thing it needs is more stress.

This is a very cute video serving as an example of how squirrels sometimes freeze in odd moments. In this case, the squirrel starts eating the fresh snacks but then freezes as if it suddenly realized that the human may be an enemy.

1 thought on “Why Do Squirrels Freeze?”