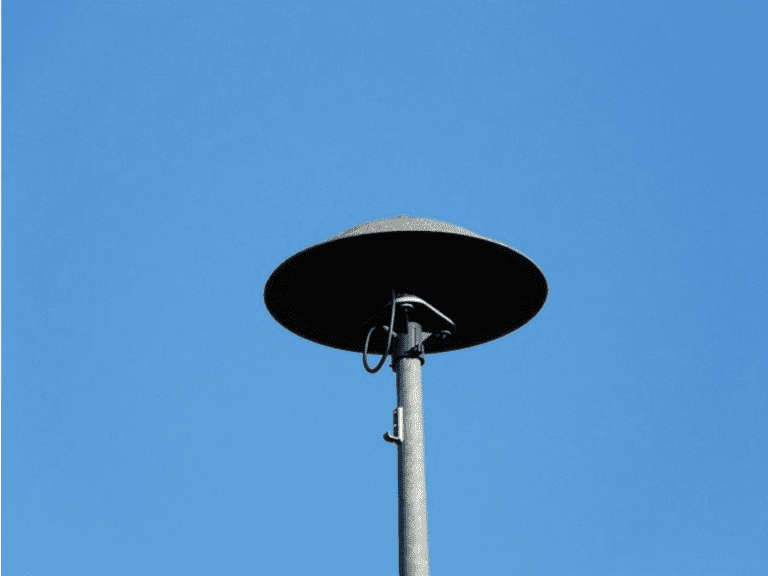 Air sirens have an essential role in alerting people that something is going on. This warning system has some advantages, but it can also be extremely annoying if it goes off often.

There are a few reasons why air sirens go off randomly in Delaware. Sometimes, the cause can be scheduled, regular siren testing. Most often, the reason is alerting volunteer firefighters to come to the station as soon as possible. It also warns people to clear the streets for firefighting trucks.

We have been in Delaware for about two years now, and occasionally we get startled by loud sirens, and we have no idea if we have to do something.

A couple of weeks ago, I was walking with my family on the beautiful Rehoboth Beach boardwalk when we heard the loudest siren I have experienced in my life.

Bear in mind that I was a First Officer in the Spanish Army and a Petty Officer in the US Navy Reserves. So, I have had a chance to experience unusual things.

But this was the loudest siren I have heard in my life. People looked at each other, putting their fingers in the ears, and not knowing what to do.

These air sirens cause numerous debates among residents, and many would like to see them gone. Unfortunately, this problem is not easy to resolve.

What Is the Purpose of Air Sirens in General?

Air sirens have been in use for a long time. They are a part of the US civil defense system, and they exist to alert the community and inform them about a possible danger.

In some areas of the country, cities use air sirens to warn people about tornadoes. When you hear them, you need to seek appropriate shelter ASAP. Cities can also use these sirens to inform people that the danger has passed.

Air sirens can indicate all kinds of dangerous events that could affect the area, and these events are most frequently natural disasters.

In Delaware, however, this is not the case.

What Are the Main Reasons for Air Sirens to Go Off in Delaware?

Although people feel like these sirens go off randomly, that is not entirely true. It may seem random, as there is no immediate danger for the whole community. However, they do indicate some emergency events, at least in some cases.

In some locations, including Delaware, towns use air sirens to alert volunteer firefighters about a fire. As they are volunteers, they do not have the same working hours and call procedures as the city fire department.

When the air siren goes off, it is a signal for volunteers to come to their fire station, where they gear up, take the vehicle, and rush to the scene. Usually, residents are not aware of these minor fires, and to them, it may seem that these sirens are going off for no apparent reasons.

Another thing these air sirens signal is to clear the streets. Drivers will need to get out of the way as fire trucks pass by fast. Every second counts and can make a difference. Fast arrival at the scene enables them to control and extinguish the fire before it spreads and causes more extensive damage or even injuries to nearby residents.

When it comes to alerting drivers and pedestrians to move, sirens are actually keeping them safe. There have been instances where fast driving fire trucks had collisions with cars and even pedestrians.

Some people find them very annoying and would like to see them gone. In this modern age, you may think that cell phones are enough to call the volunteers. In some cases, this can be true, but it has some drawbacks.

First of all, it is easy not to hear your phone or to run out of battery. Also, the phone network may not work well, and if that happens in a crucial moment, the result can be devastating.

Without sirens, people wouldn’t clear the roads until they see and hear the fire truck, slowing them down. This may seem insignificant, but as already mentioned, even a few seconds, and especially minutes, can be the difference between a minor and easily controlled fire and a burned down house.

Every alarm system, including air sirens, must be tested and maintained to ensure proper working conditions. These systems are critical, and their failure due to poor maintenance is not an option.

Sometimes, the Delaware Emergency Management Agency, together with the Police Department, conducts air sirens tests. These sirens are not the same ones as previously mentioned. Sirens that require regular testing are not used often, and the agencies in charge have to be sure that they are operational.

Most frequently, you will hear the testing of air sirens located near nuclear powerplants. Towns and localities usually announced in advance to prepare the residents and followed by a test message broadcasted on local radio stations.

In case of a real emergency event, local radio stations would inform all the people about emergency instructions and steps to follow to protect themselves and their families.

Luckily, these sirens are localized and affect only those living in a 10-mile radius around the powerplants. Also, cities conduct this type of test rarely when compared to fire sirens that go off more frequently.

Below is a video showing the Salem Hope Creek Nuclear Siren Test in Delaware City, Delaware.

Warning: Please turn down the volume on your device before you listen to this video as it is loud.

I can understand that some people find it extremely annoying, especially if they are not used to these sounds. Those who moved to Delaware from areas that don’t use this type of warning system are shocked. I was one of them.

Those who have babies or elderly and sick family members complain because it wakes them up and causes stress. That is completely understandable.

Others say that they are able to ignore it because they have been listening to these sounds since they were kids.

Residents opposed to sirens even organized petitions to stop it, while volunteer firefighters asked them not to. It is easy to understand both sides, and the solution to this problem is not simple.

Yes, it would be better if those sirens weren’t so frequent and loud, but imagine if you had a fire in your house. You would probably want them to arrive as soon as possible while driving on clear roads.

These sirens are used in many places, and cities have the power to limit their usage. In certain towns, their usage is limited at night. Local rules and regulations should reflect public opinion, but that is easy to say and hard to do. When the public can’t agree on something, there are going to be many unsatisfied people.

For now, the sirens are here to stay, and we shall see what happens in the future. Just be ready to be startled at a moment’s notice.